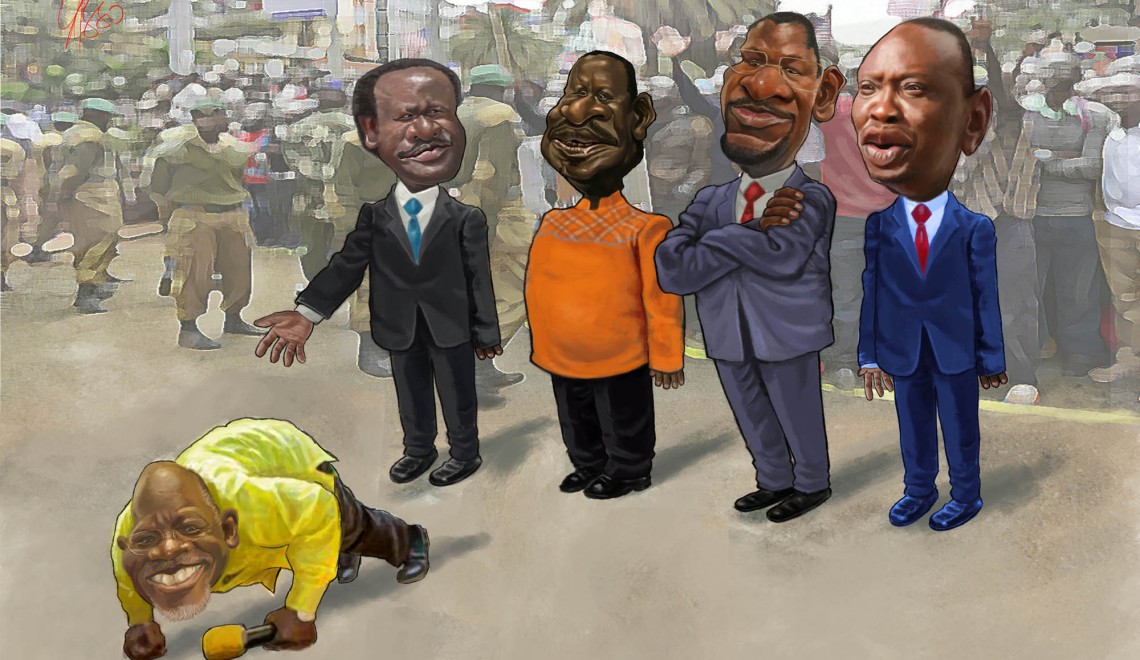 Of late, it’s been somewhat of a challenge getting Adoti to do as she is told. At 14-months, she is convinced that she can make her own decisions and do as she pleases. I try not to indulge that fantasy, but sometimes my resolve is shaken by sheer exhaustion.

While Mama tires of telling the girl-child to stop 14 times in a row, Adoti is quite happy to do the naughty thing over and over. I’m told that at her age, children are testing their boundaries, trying to see how far they can push without a reprisal. I’ve been advised to “just keep at it”, which sounds pretty simple to do in theory, but in practice, it might as well be rocket science.

Disciplining a child will often bring out the worst in a parent. It is almost beyond the realm of possibility not to get frustrated when Adoti keeps spitting out her food after countless attempts to get her to chew it. But as with all challenging things, if it doesn’t kill you, it can only make you a better parent.

As we go along – Adoti and I – trying to come to some sort of happy balance, we are establishing an element of trust. An understanding if you will, that neither of us wants to intentionally harm the other. So her little baby brain trusts that my attempts to discipline her are in good faith.

Adoti is usually trying to put her hands where they don’t belong, whether it’s down the front of my shirt (that one can be awkward in company but Mama doesn’t mind it at all) or sticking her fingers in a socket. I used to sing the ‘Stop it!’ song, with a few bars lifted from the ‘No, No. No!’ choral verse, but I’m learning to try and distract her instead. Distracting her usually means picking hr up and physically removing her from the scene of the crime but hey, we’re a work in progress. One day when I say, “Come here, Adoti”, she will actually approach.

I’ve read that it’s not only important to show your baby what is off limits, but to show her what is hers at the same time. So often I’ll point at something and say, “Mine … those are Mama’s car keys.” When I’m handing her a soft toy, I’ll say, “Yours … Adoti’s toto.” I didn’t realise she was catching on until she started pointing at things and screaming, “Manya, manya, manya!” Which is her interpretation of mine!

Another area we’re working on is meal times. Meal times are a circus in our house. A lot of time is spent following Adoti on her travels trying to shovel food in her mouth. Very often, she spits it out. Sometimes she’s genuinely full – or sick of it – and other times she’s just fooling around. Usually, I’m right behind her picking up the droppings but some days, my tolerance for childishness is nil. On those days, meal time either ends abruptly or we soldier on till the bitter end, leaving a trail of soggy food all over the floor. I’m learning to make eating interactive, so that I can model proper meal-time etiquette. Adoti sees an opportunity to play in almost every situation and sometimes the easiest thing to do is play along.

There is one thing though, that raises my temperature from zero to 100 every single time she does it. The girl can unleash some hot slaps and usually they land right in the middle of my face when I am least expecting it. It is very hard to turn the other cheek when your child smacks you dead in the face. I’m pretty sure she doesn’t know how much it hurts, or she wouldn’t do it over and over again. And it’s hard for someone who cannot speak in full sentences to express their frustration. That doesn’t make it any easier on me but I’m learning to remain calm and explain to her in even tones that babies don’t hit mamas. Then we move on to trying to figure out what caused the outburst in the first place.

But our greatest battle yet is trying to dress the girl-child every morning. The war is on every morning without fail. She tries to shimmy out of her sleeves and shakes her head vigourously from side to side, every time I try and pull a sweater over her head. Luckily, we have discovered Barnie & Friends – the one cartoon that has a jingle for every situation children come across in their young lives. So now we sing-song all the way through – with a few screechy pit stops in between, when she remembers that putting her clothes on is not supposed to be fun.