Guilty of gloating in the first degree 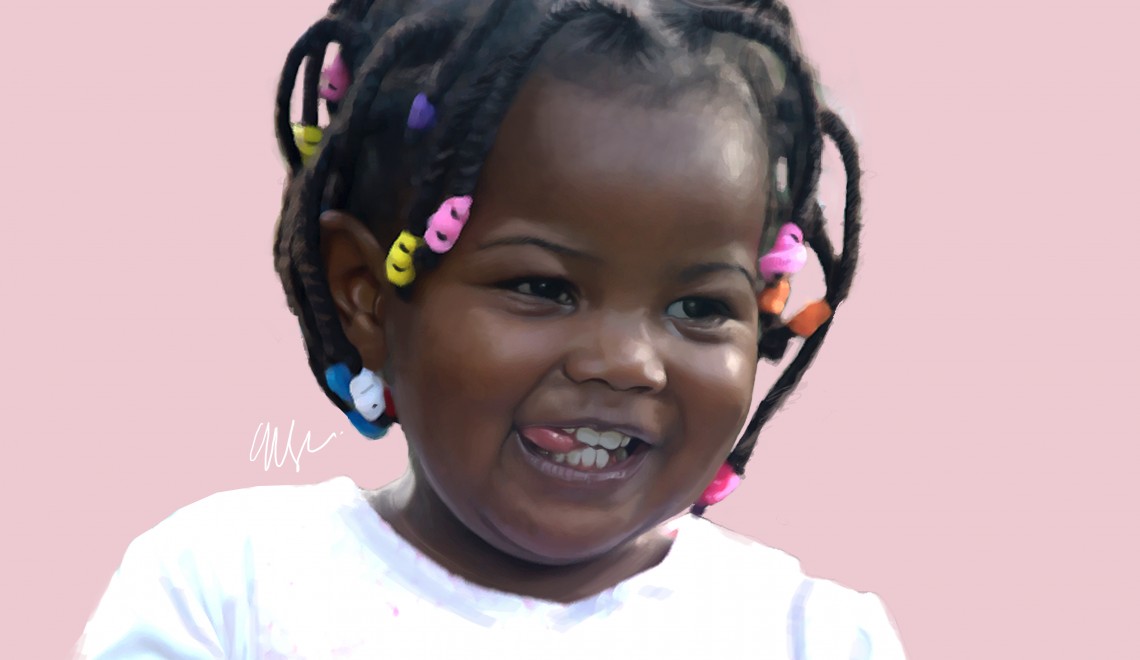 So. It seems that my sassy, lil’ Miss Independent has realised that for the first nine months of her life, she was literally tethered to her Ma’ by way of an umbilical cord. She’s realised that the bonds that tie mother and child together are strong. When the midwife snipped the umbilical cord, the divine and supernatural bond took over in full effect. Whether the young’un likes it or not, she’s stuck with me until the end of her days.

She’s never quite gotten that. Well, until now. Since she turned one, she’s been happy to do her own thing. To be the master of her own destiny and the captain of her own ship … in her 21-month old brain (I keep forgetting to add months to her age while at the same time wondering why she’s acting more and more like a two-year-old!), she really and truly thinks that that is possible.

She would choose Nanny Lucy over me any day of the week. I would walk in and out of a room and she wouldn’t even lift and eyebrow. If I tried to pry her out of Lucy’s arms, she would raise a ruckus the likes of which this earth had never seen. When I left for work in the morning, she would wave her arm so vigorously; I would worry for its continued attachment to her body. As she waved, she would yell, “Baa-ee!!” with gusto, as if seeing me leave was the highlight of her day.

When I came home at night, Adoti would run to the door with expectation and promptly pounce on whatever it was that I was carrying. Her favourite was supermarket bags because she was certain that Mama would never leave the store without remembering to buy a treat for her baby. And she was right.

I would be quickly forgotten – or perhaps just ignored from the start – as she rummaged through the bags looking for treasure.

When they were no supermarket bags, we would launch into a tug of war for my purse – a war that I was usually forced to concede for the sake of peace. Sometimes she would instead focus on my shoes, trying to shift them from my feet as I stood, so she could play put them one and totter about the place as if she were a on a runway.

Anything but Mama, it seemed. There was an unspoken assumption that Mama was a given, if you know what I mean. That there was no need to pay her any mind because she was always hanging around, not really doing anything spectacular, just being there. Somewhere in her baby brain, she understood that mothers are there for their children no matter what, and as such, didn’t require any special treatment.

Which is true. Of late however, things have changed. I used to whinge about Adoti staying up to all hours of the night, but I’ve come to realise that she waits up for me. Within half an hour of my getting home at night – I work the night shift – the child is ready to hit the sack.

Every morning, she clambers out of her crib, gets into my bed and curls herself into my bosom, her body assuming the foetal position. When we finally get out of bed, she either holds her arms up so that I can carry her, or puts her hand in mine. So sweet.

When we’re done getting ready for the day, washing faces brushing teeth, taking baths and what not, and it’s time for Mama to go to work, my dear Adoti actually starts to cry. I know, right?! The first time it happened, I was genuinely baffled. Did this mean that the child was actually going to miss her Ma’? Could it be?

It was, y’all. She’s been bitten by the separation anxiety bug and she’s got it bad. I really shouldn’t be so happy about it but why lie, I couldn’t be happier. I was beginning to feel irrelevant in the life of my child. Like a robot that paid the bills and made sure the fridge was well-stocked.

Her momentary discomfort, brought on by the thought that one day I might decide to abandon her, has proven that she got nothing but love for me, honey. And I will keep the knowledge of that love in my heart forever. For now, let me enjoy the affection while it lasts.