Of frogs without ‘froglet’ responsibilities 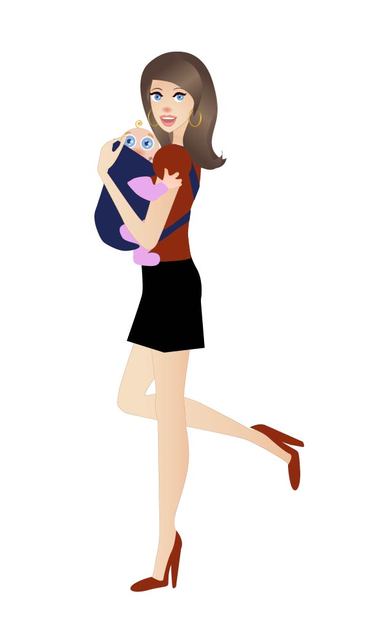 I was chatting with a colleague this week and because we’re both first time mums, the conversation quickly became about our children. Before Adoti, my eyes would roll onto the floor and right around the corner every time mothers started talking about their kids. Surely, your life cannot revolve around your children, I would think to myself, a sense of feministic pride sweeping through my veins. I would literally feel my head swelling up like a frog with no ‘froglet’ responsibilities.

But hey, how the world turns. Not a day goes by in this new child-bearing dispensation when I don’t tell someone something about my girl. So I was chatting to a colleague and she was telling me that her 15-month-old son is walking and talking.

“Talking?” I said to her. “Wow! That was fast! We are just beginning to pronounce words correctly and we’re two!”

That’s a funny thing that mothers do – refer to themselves and their children as a collective. It’s like the ‘plural of motherhood’ whereby children are forever a part of their Mamas.

Everyone will tell you how fast they grow but you never really believe them. But of late, I have had to reconcile with the fact that my sassy lil’ miss is truly becoming a little human. The one thing that is really standing out for me is her speech.

She’s been repeating everything we say for weeks now but a lot of the time, she’s been unable to say the words clearly.

And oh her beloved ‘ota’ is now simply ‘water’.

I look at her and I’m amazed at her baby brain and just how fast it assimilates new information.

Because we speak to her in both Swahili and English, she can even hit the replay button and repeat words in different languages.

But one word that refuses to roll off her tongue is ‘medicine’. With this weather, she’s had a recurring case of the sniffles. When it’s time to take her meds, she yells, “Oh, meninin!” The child, strangely enough, loves taking medicine. She opens her mouth without being prompted and even licks the spoon when she’s done.

A few days ago, she cracked me up when I was trying to open a packet of dissolvable Panadol. I was carrying her on my hip, supporting her with one hand and struggling to open the packet with my other one. “Oh, meninin!” she yelled. “Oh, look! Stuck!”

Stuck because I was having trouble tearing the little paper enclosure so that I could free the two tablets and dissolve them in some water.

“Stuck! Stuck!” she chanted until finally I managed to tear the packet apart. Obviously, she didn’t see the connection between her being glued to my hip and my inability to get anything done quickly with just one hand.

As I dunked the tablets in a glass, she yelled, “I did it!” clapping her hands with glee.

I had to laugh.

“What do you mean you did it baby?” I asked.

“Yes, me,” I concluded, very pleased with myself for getting her to admit that Mama was the one that did it, but then she yelled: “Me!”

This is my life and truth be told, I wouldn’t have it any other way. ‘We’ are at a stage where we can engage meaningfully, albeit with a lot of stops and starts. When I speak I know she’s heard me, and for the most part, understood me clearly.

It’s an amazing thing to watch a child quite literally find their voice. To see them think about what they hear and try and relate that to what they see. To hear them test out words until they learn exactly how to pronounce them. It really is the miracle of life.

So while I spend a good amount of time whinging and moaning about how terrible the twos are, really I shouldn’t complain. Because hey, if I didn’t have my sassy lil’ miss I wouldn’t have anything to talk about.