She gets it from her grandmother 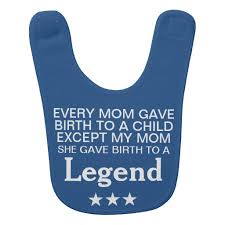 People say that as women grow older they become more and more like their mothers. I hate to say it but there is some truth to that. My mother was a neat freak and I say that in the fondest terms possible. She liked everything to be just so and her standards were very high.

There was a very deliberate way, for example, that she made her bed. It involved shaking the sheets and covers as if we were exorcising linen demons. And then each individual piece of bedding was drawn up over the pillows one by one, and folded back in the same way very single day. If she asked me to make her bed and I didn’t get it right, she would say, “Ka-mummy, you didn’t make my bed nicely today.”

That happened many times, not because I wanted to disappoint her, but because I really didn’t take bed-making that seriously growing up. My own bed would go unmade for days, much to my mother’s horror. But that’s what kids do, exactly the opposite of what their mother’s want them to do, something I have only recently come to appreciate.

When I was younger, unmade beds and clothes strewn all over the floor didn’t bother me one bit. But one day I woke up – round about the time I turned 30 – and found that I couldn’t abide a mess. It was the strangest thing. Suddenly, everything had to be just so. I’ve become an obsessive bed maker and to tell you the truth, it worries me. It really does.

I’m turning into my mother and more than that, I can see glimpses of her in Adoti.

My Mum had a spring in her step. She was feisty, just like her grand-daughter and always on the move too. She would be two steps ahead of me every time we walked together and I’d be like, “Muuum, why are you walking so fast?” and she’d be like, “Sorry! I didn’t realise!” never bothering to slow down.

She was also very upbeat and welcoming, especially when we would get home from school, work or some place. “Hi!” she’d say, with so much enthusiasm you’d think we were coming home from war.

I say, “Hi!” a lot, just like my Mama, and so does Adoti, just like her Mama. But this is a new development which floored me the first time I heard it.

It was late one night and I had just gotten home from work. As soon as I put the key in the lock, I heard, “Ma-meee!” on the other side.  I turned the lock and before I could open it, I felt the girl-child pulling on it from the inside. As it swung open, she looked up at me with one hand raised in the air and said, “Hi!”

I swear I couldn’t believe it. I just stared at her in shock, only coming round when she began to wrestle my bag from my hands. And that was not the last of it.

In the house, she took my shoes, raced to the bedroom (because this child is incapable of walking at a sedate pace) and placed them next to the lamp. That’s what I do every night. Then she hit the switch and turned the lamp on. I do that too. Next she reached up and started trying to open the bathroom door. When her little fingers couldn’t quite reach the door knob, I opened the door for her. In the bathroom, she stood on the weighing scale, put one hand on the sink and with the other, pointed at my cleanser. “Osh!” she yelled, meaning, “Wash!”

I was stunned, because yeah, I do those things in that exact sequence very night and the girl-child had clearly noticed that Mama likes her things done just so.

I must say I’m very impressed by my almost-two-year old. Her powers of observation are top-notch. The child absorbs information like a sponge. I’m going to have to be on my best behaviour lest she picks up all my worst qualities. I don’t want her to start watching realty television, or drinking juice straight out of the carton. That would be a travesty.

But she’s as sharp as a tack that one, she’ll probably pass on the reality TV. I wish I could say she got that smartness from me, but yeah, she probably got it from her grandmother. Looks like her too.