Black has always been beautiful 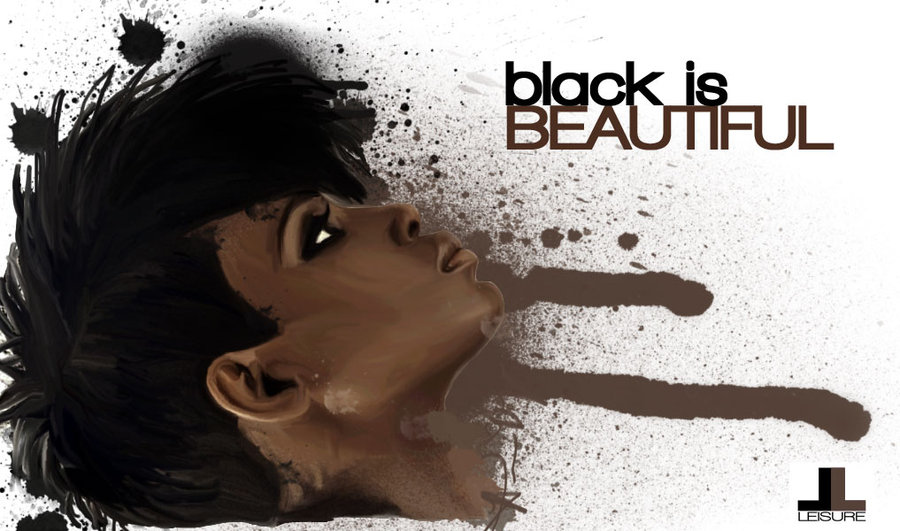 In ‘Lost Beauty’, Richard Mabala weeps for the sisters of his beloved country, who are killing off their authentic selves for the sake of a light skinned alter ego

In 1968, just as the American civil rights movement was drawing to a close, the late, great James Brown released the iconic single ‘Say it Loud: I’m Black and I’m Proud’. The song quickly became one of the anthems of the struggle, linking it lyrically to the Black Power Movement that took over where civil rights activism had left off.

In memory of the black battle for equality and recognition, African Americans celebrate Black History Month every February. In the UK, it is celebrated in October.

Here in Africa, black people are the embodiment of their history. Every night, of every day, of every month, when the sun sets and the moon rises, black Africans have made history by surviving yet another day against all odds. Our past, present and future form a rich tapestry that we place our feet upon, weaving a fresh path with every next step. Here in Africa, one must only scratch beneath the surface of our beautiful skin to reveal our culture and heritage. Africans are bursting with character and depth.

And yet, we still feel ‘less than’. In the anthology, ‘Summons’ by Richard S. Mabala et al. Jwani Mwaikusa waxes poetic about the African identity crisis in his ode to black beauty, tellingly titled ‘Lost Beauty’.

‘Lost Beauty’ is reminiscent of Maya Angelou’s ‘Phenomenal Woman’, which gives testament to the strength of a woman. “Pretty women wonder where my secret lies.   I’m not cute or built to suit a fashion model’s size,” Angelou writes. “But when I start to tell them, they think I’m telling lies. I say it’s in the reach of my arms. The span of my hips. The stride of my step.  The curl of my lips. I’m a woman phenomenally.  Phenomenal woman. That’s me.”

Taking his cue, Mwaikusa also praises the innate beauty of a woman, more so a black, African woman. “I want a black beauty queen, with ebony thighs and huge hips. With skin sweating blackness, and a face dark as the night. And bare breasts bouncing with vigour and energy,” he writes.

The poet weeps for the sisters of his beloved country, who are killing off their authentic selves for the sake of a light skinned alter ego. “There are only white women around. Awful fakes of white females,” Mwaikusa writes, speaking of black women who try to look like white women, when what he wants is the exact opposite. “I want a lady to mount the rostrum with and declare to the world: ‘Black is beautiful!’

Mwaikusa wants to stand before the entire world and declare that he’s black and he’s proud. But he can’t find a woman willing to do the same. “Oh, my eyes,” he writes. “They don’t see anything black. It’s only white skins and masks. Destroying my sight so I can’t get what I want.”

But in the end, the poet also weeps for himself. Even as he cries and sings for his black sisters. “I shout to them in the black tongue,” he laments, “but no black sister hears me. Only white masks I see.” He mourns the death of the African beauty, his tears watering the ground over its grave. But as the white soil covers the coffin that bears our black skin, the poet has an epiphany. “I turn and weep upon myself. And than, only then I realise: I am not black either.” Mwaikusa ends it there, as if to apologise for casting aspersions on the bleached package his black sisters wrap themselves in, when on the inside, he is white washed too.

BRIEF: ABOUT THE AUTHOR