The Bleeding Heart and Other Poems 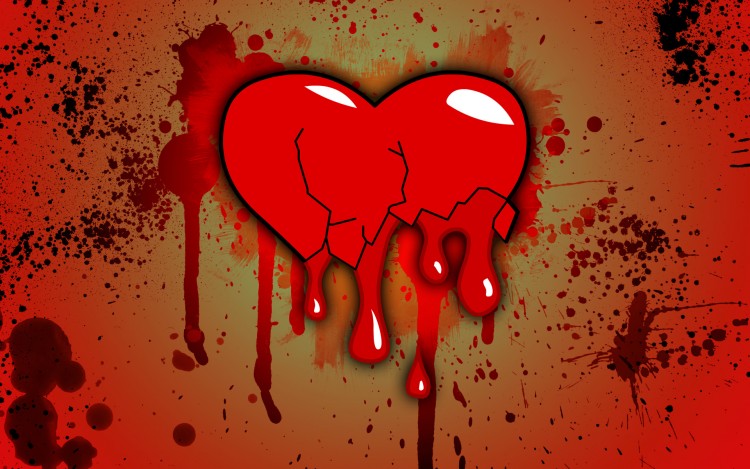 The poetry anthology has themes and content that cover a wide spectrum of life, including politics, history, culture, nature, and humanity

The title of the book gives it away. And if the title doesn’t get you, the image on the cover certainly will. ‘The Bleeding Heart and other poems’ is an anthology that boasts an impressive one hundred and twenty one poems. Author Shilia Kaaya discovered he had a gift for the written word in the early 80s when he attended Makumira Secondary School. Decades later, Shilia is now a regular contributor to the Arusha Times where his poems can be found in a column aptly titled ‘Verses’. He is also a certified public accountant.

With 121 poems in this 2008 anthology, and his regular contribution to the Arusha Times, Shilia is nothing if not prolific. But at the core of ‘Bleeding Heart’ is his attachment to the motherland, a theme that carries over across his vast body of work. ‘Crying for Mother Africa’ is perhaps this anthology’s defining work. In it, the poet lauds the continent as the “mother of humankind” and the “crucible of civilization”. He cries for Africa, a land that has been ravaged by slavery, colonialism, tribalism and war. He opens his heart to the reader with that poem and out of the fullness of those six stanzas, the rest of the anthology speaks.

Indeed, Africa is a recurring theme for this poet who is a firm believer in the Nyerere Philosophy. Right at the start we read about the emasculation of the people via forces like apartheid, religion and dictatorship in ‘Africa at the Crossroads’. In ‘The African Child’ the poet weeps for our children who have been traumatised by civil war, child labour and poverty. “Children the gift of life,” he writes. “ Their pain the shame of life.”

In ‘The Crawling Africa’ Shilia describes a dehumanised continent that stumbles forward on a rocky path mired in self-hate and indignity. He speaks of our wasted potential and inability to build on the questionable legacy of our colonial masters. “The crawling Africa…awash with resources and inertia. But bogged down by greed not only by the aliens, but brothers of blood and caste, now clad with the master’s gown. Rolling in impunity and muscle.” Here he speaks of grand corruption and the gnarly hand of avarice that has the livelihoods of the people in a stranglehold.

But then there is a ray of hope when Shilia speaks of his beloved Arusha in the poem ‘The Geneva of Africa’. He extols the virtues of his home region, calling it the “pride of Tanzania”. In keeping with his definition of Africa as the crucible of civilization he speaks of Arusha as the “home of Zinjanthropas, and the mother of mankind”. He praises Arusha for being a peacemaking hub saying, “Here mankind converges, praying for the injured world, that bleeds and smells of injustice. Arusha of sirens for perpetrators. Of genocide and mass killing.”

Shilia’s body of work has a sombre tinge to it. He makes his poetic home in a long, dark alley, where it is hard to see the light. But when morning does come, the sun shines bright – but only for the briefest of moments before the poet returns to his mournful journey through Africa’s tumultuous history. In ‘The Bleeding Heart’, he speaks about the cleansing power of tears. It is good for the heart to cry, he writes, for tears heal and soothe like oil. In this poem, he seems to explain the melancholic thread that weaves itself from one end of the anthology to the other, saying, “The heart of a man radiates joy, but at a corner it harbours misery. Bitterness and agony intertwined. Surfacing outbursts of outrage. With tears right from the heart.”