The unforgettable woman of substance 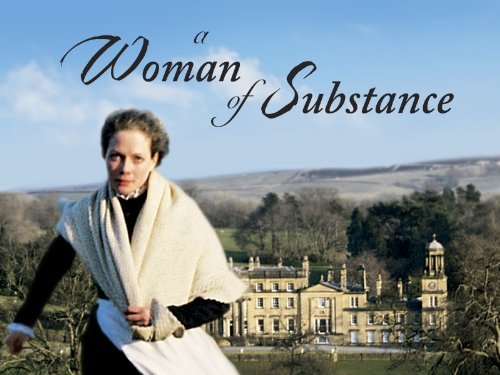 The book is as fat as a stack of Bibles, but the sheer beauty of the storytelling takes all the intimidation out of it. It’s one heaven of a gripping read

A couple of weeks ago it was my considered opinion that books don’t work as movies. In fairness, we were discussing Fitzgerald’s masterpiece, The Great Gatsby, a novel that has not translated into a successful screenplay, despite five valiant attempts. Baz Luhrmann is the latest in a long line of filmmakers to give Gatsby a shot. His 3D cinematic extravaganza has made millions at the box office but has been widely panned by the critics.

When you’ve read a book and then you see the movie, it’s hard not to make comparisons. Take the Bourne Trilogy for example. The books put things into a context that the movies struggle to emulate. That’s not to say that the movies were unwatchable, they were action films after all, barely needing a storyline to keep audiences captivated.

But author Robert Ludlum, in his intense and provocative story telling style did provide premium fodder for the movie mill. If anyone knows how to spin a good yarn, it’s Ludlum. He did so well in fact, that he inspired a fourth film – ‘The Bourne Legacy’ – without having to write another book.

Which, rather circuitously, brings me to one of just a few books, in my considered opinion, that made a successful transition from print to film – Barbara Taylor Bradford’s A Woman of Substance. The book was published in 1979 and its made-for-television adaptation aired in 1984.

A Woman of Substance is the story of Emma Harte, the self-described Yorkshire lass who starts off as a chambermaid and ends up as a mogul. Through heartache and hardship, she literally pulls herself up by the bootstraps, turning a corner shop into a Harrods-esque department store that’s the flagship of an international business empire. For Emma, the road to success has been bumpy. True love is elusive. Her past is littered with broken marriages and failed relationships. She bears a womb-full of children, many of whom resent her for her choices in men and life. But she rules her roost with an iron fist, defining her own experiences and setting her own standards.

There isn’t a business battle she’s encountered that Emma hasn’t won. She is the quintessential woman of steel. Nothing and no one is spared in her pursuit of the prize, not even her children. The book ends with a final victory for Emma, after she discovers a plot by her kids to push her off the top spot and gain control of the company. She forces the ringleaders to relinquish their inheritance for a million pounds each, effectively putting her crown out of their reach for good.

In Emma Harte, Barbara Taylor Bradford creates an unforgettable character, whose virtues are in sharp contrast to her flaws. But whatever you may think of Ms Harte, you never doubt that she is indeed, a woman of substance.

The book is as fat as a stack of Bibles, but the sheer beauty of the storytelling takes all the intimidation out of it. It’s one heaven of a gripping read. And curiously, the five-part television series is just as gripping as the text.

Here’s the rub though: None of the sequels were any good at all. Not the books and not the movies. The first one set the stage for what could have been a very successful ‘Substance’ franchise, but after Emma’s story, every Bradford effort in the Harte regard failed.

Even the book titles – Hold the Dream and To be the Best – rang hollow when compared to the solid if less sexy, A Woman of Substance. Which is not to say that they didn’t race to the top of the bestseller list.

They did, but that was possibly the nostalgia vote from readers trying to recapture the magic of the first instalment. The later books (and the film adaptations) were no match for the first, so much so that some speculate that Bradford might have hired a ghost writer. And if she did, that’s a whole other article.