Render unto Caesar what is Caesar’s 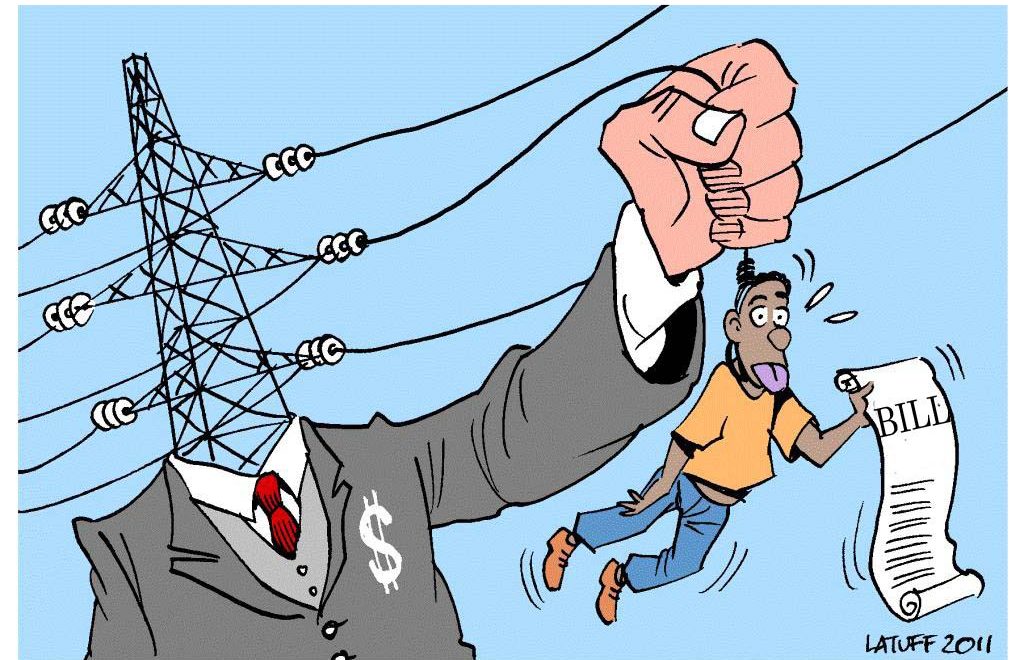 Sometimes you really don’t know whether to laugh or cry. Typically, when you are faced with this dilemma, the answer is to do both. Many things in this world are both happy and sad. Death for example. You cry because someone you loved is dead, but you laugh at all the happy memories, often at the same time. Anybody who’s lost somebody can relate. It sucks, and then it doesn’t.

That’s what makes it bearable. You’d think that if death is bearable, everything else would be a breeze. But as much as I hate to be cliché, you would have another think coming. Kenya Power is fixing to show you exactly what unbearable looks like.

If I may digress, it has been reported that 8,500 wealthy individuals now control more than two thirds of Kenya’s Sh6.2 trillion economy. It is no secret that the Kenyattas – in their various incarnations – are part of the ‘who-owns-Kenya’ club. As a matter of fact, as at 2013, Mama Ngina owned more than two million shares in Kenya Power.

See Kenya Power is claiming that for the past few months it has been paying part of your electricity for you. Out of the goodness of its corporate heart (more likely because the government wanted to borrow your vote using affordable utility bills as collateral) the company incurred extra fuel costs, but decided not to pass them on to the consumer.

It says that in the four months leading up to June 2017, despite an increase in diesel-generated power, it maintained your fuel-cost levy at Sh2.85 per kilowatt hour (kWh). This is curious because whenever there’s a spike in diesel-generated power, your fuel-cost levy should increase. This time around, however, the utility company decided to do you a solid by “passing on only a fraction of the cost”.

Who does that? Which business, State-owned or otherwise, wants its customers to make a profit at its expense?

None. Not a one. Business is all about making consumers pay. So this story, ati Kenya Power paid our bills for us, is a rumour.

And yet they are still going to recover 8.1 billion shillings from you whether you like it or not. 2 billion shillings has already been recovered. That’s why your power bill has seemed a bit high lately. If it hasn’t, be patient. It won’t be long until things begin to tilt towards the unbearable.

It’s probably just a coincidence that after the conclusion of our two elections, when the balance of political power had reverted to factory settings, the fuel levy began to rise like a sweet prayer in the nostrils of the gods who run this country. By December it was at a three-year high of Sh4.35 per kWh. Campaign season is over and now it’s payback time, and you will pay whether you’re a Jubilant or a Nasarite.

See, only 8,500 individuals control a 6.2 trillion-shilling economy. That’s less than 1 per cent of the population. It’s crazy when you really think about it. And what it means is that if you’re not a member of the 1 per cent club, your political leanings are largely inconsequential. You can support your candidate – or president – with as much fervour as a man on his wedding night, but when the cold light of reality bites, you are simply statistic in the national census. Just one among the masses. The masses who hold most of the debt, while the one percenters hold most of the wealth.

As I say, sometimes you really don’t know whether to laugh or cry. The natural thing is probably to do both, especially here in Kenya where tragi-comedies are a way of life. So I laugh because many of those who hailed the King are now complaining about their electricity bills. And I cry because many of those who thought that royalty could be unseated through the ballot are also complaining about their electricity bills.

Here’s the thing: At the end of the day, the only thing that truly separates us is wealth. There is only one authentic divide in this country, and it is the gap between the rich and the poor. The irony is that the poor can exercise the most effective tyranny of numbers. I would suggest that they take this power conversation off-grid. Kenya Power is an oppressive monopoly, and the future is solar.