Baby, you get no love 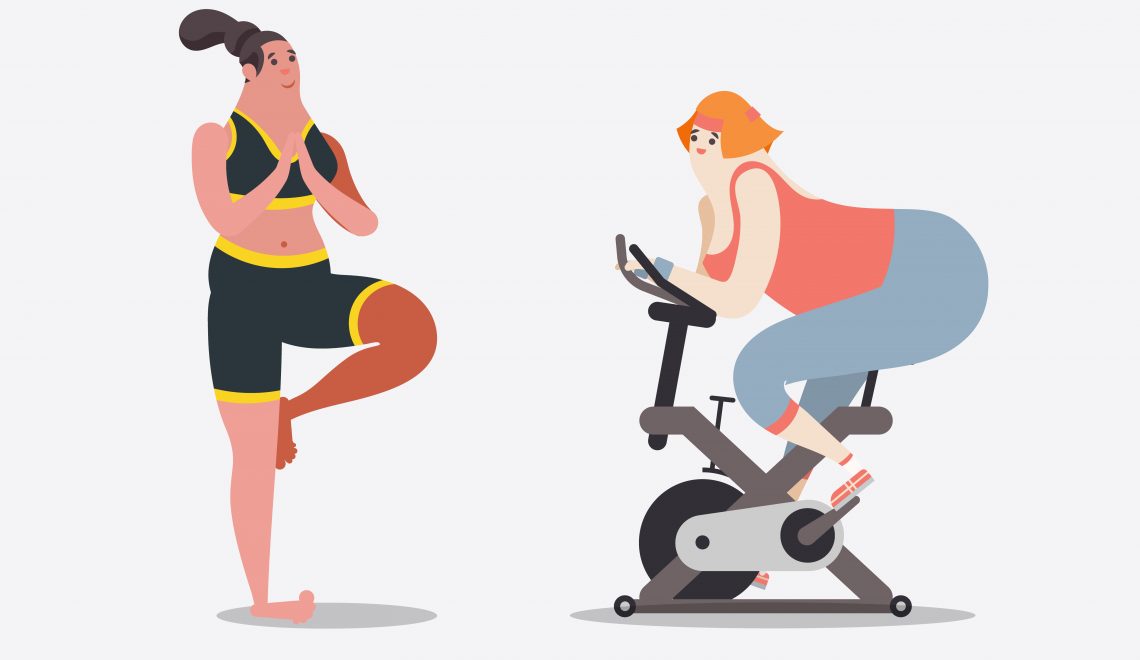 There’s a guy I often see at the neighbourhood gym, and I use the word ‘see’ with much consideration. I see him often, but I have never once spoken to him. Not because he’s an elderly gentleman – I’d say about 65 – but because I go to the gym to convince myself that I can outrun my bad diet. To feel like I’m killing the fat monster, not just feeding it. I’m not there trying to look cute.

There is nothing cute about exercising. Burpees are not pretty. Squats are downright ugly. And no man wants to see a woman’s face when she’s lifting weights. It’s not something that he will want to remember later. And let’s not even get into the uncontrollable breathlessness, outpouring of sweat, and less-than-floral scents that waft across gym floors when humans try to make fat a by-product of their over-indulgent lifestyles, rather than their only reason for living. So yeah, the story goes that working out is good for you, but let’s be honest, for most people it’s not a good look.

With that being said, I don’t hop on the treadmill expecting to make a love connection, which is why this gentleman caught me flat-footed with his advances. Sure, I’ve seen him sneaking a peek at my Luyhia assets when he thinks I’m not watching. And yes, sometimes he’ll enter into my line of site and begin to stretch his muscles with a flamboyance that should be reserved for a peacock fanning its feathers. I would even go so far as to say that he pushes himself to the physical extreme to get my attention.

Even with all that, I really didn’t expect him to make a move. But then, one day as I’m huffing and puffing on the cross-trainer, crying salty tears and cursing the exercise gods, he comes up to the machine right next to mine and begins to fiddle with it. I figure he’s up to his usual shenanigans so I level up and begin to step even faster, hoping that he’ll get the hint and leave me alone. Next thing I know he’s leaning in.

For a second there I almost lose my balance. Ati sweets? Wow. What was it about my gapless thighs, stinky armpits and perpetual grimace that made him think of sweets? More than that, when did we graduate from zero communications to the language of lovers? The whole thing got me thinking about the future of male/female relations.

See, just because I had never said a word to him didn’t mean I hadn’t noticed him. I figured he’d look better in a suit than he did in stinky sweatpants and well-worn rubber shoes. Most likely he was some kind of boss. Most likely an industry big wig with a big job and a stash of cash. And yeah, had I been 20 years younger and dumber, I might have envisioned a prosperous future between this dude and my bank account.

But as things stood, I was in the gym to lose my love handles, not to get a handle on love. I wasn’t in the market for either romance or finance. I just wanted to keep fit, and ‘sweets’ were definitely not part of my diet.

So I mumbled something incoherent in response and jabbed at the arrow button so that it took me to level 12. After that I didn’t have enough oxygen to engage, and my would-be paramour slinked off to another piece of gym equipment from where he proceeded to work himself into a sulky frenzy. He hasn’t spoken to me since.

I observed two things from this event. One, there is little hope for mature relationships when a 65-year-old man can get mad because a girl in the gym was mean to him.  And two, I have become so disenfranchised with our current political leaders that I would rather write about my gym membership than our repulsive and premature pre-election machinations.

I refuse to be burdened with a 2022 state of mine while living in a 2018 world. It’s about time we all got weary of being manipulated by schemers who will only be satisfied by the sweet taste of conquest. These high-level power games that we continue to spectate upon from the stands will inevitably turn into hunger games where voters are habitually thrown to the lions. And while everything in life is political it’s time we rejected the advances of a toxic political leadership and focused on working out how to establish governance systems that put people first.