Just go with your gut 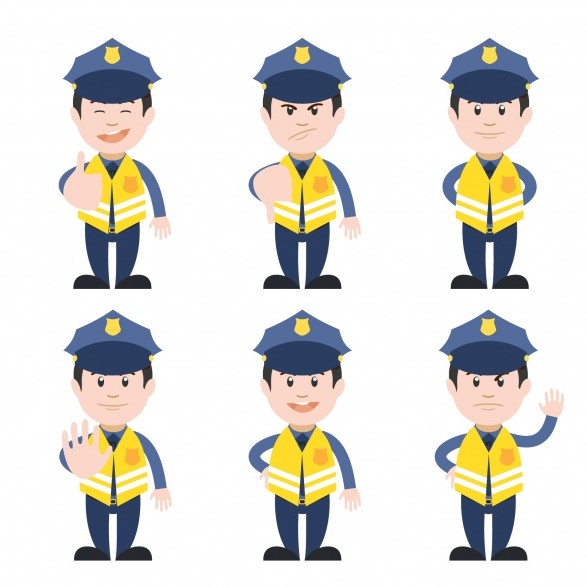 I was running late. If I didn’t leave by 10.30am, I was going to be behind schedule. At 10.28, just in the nick of time, I started the car. Two minutes later, I hit the accelerator. As I turned towards the gate, I came face-to-face with a truck in the middle of the driveway. A mother and child sat idly in the cabin. At the back, some guys were loading furniture. Someone was moving houses. Shucks, what were the odds?
I got out of the car and marched towards the cabin where the woman was now fiddling with the stereo. The child had his thumb in his mouth.
“I need to get out,” I spat.
Her head snapped up as if she hadn’t been aware I was standing there. Eye-roll.
“Uhm, they should be done soon,” she said.
Her arms were now holding the child tightly, as if to protect him.
“How long?” I asked.
At this point, my hands were on my hips, and there was no hint of patience in my stance.
“Uhm, two to three minutes …?”
“Are you asking or telling me?” I growled.
“Uhm, yah …may be three minutes.”
The child was now staring at me with eyes as wide as my childbearing hips. His mother’s eyes were also filled with apprehension. Looking at both of them, you would have thought I had the sign of the beast on my forehead. For a moment, I considered rubbing my hands together and belting out an evil laugh, but I was late. No time for theatrics. Seeing as these two weren’t going to help me, I moved on to the loaders at the back.
“Dakika ngapi mpaka mumalize?” I asked, in a comical translation of, ‘how long are you going to take?’
“Saa hii tu, mathe,” one of them said, before going back up the stairs.
Now my blood was simmering. Boiling point was not too far away. I could feel the flames on my face. With one huge breath, I filled my cheeks with enough air to float. Then I walked back to the car, got into the driver’s seat and slammed the door. It was 10.45.
I have to get passed this truck, I thought to myself, squeezing my temples with both index fingers. Can’t be that hard. There was a bit of space between the truck and the periphery wall which had initially seemed impossible to navigate. Now it was looking like the highway to heaven. So I got out of the car again and shouted to the watchman:
“Soldier, ebu kuja unisaidie kupita hii gari,” I yelled.
A few seconds later, he emerged from the gatehouse, whistling a tune, and seeming like the very embodiment of nonchalance.
“Sawa,” he said, one hand already beckoning for me to come forward.
I got back in the car and stepped gingerly on the accelerator, turning my wheels further towards the wall so as to avoid the huge bumper on the offending truck.
“Okay, kuja …kuja,” he said, his hand flapping back and forth like a traffic cop on steroids.
I inched forward, my eyes darting from the wall to the truck, trying to avoid contact with both.
“Wee, soldier, sita gusa?” I yelled.
“Hapana, madam. Wewe kuja tu… kuja.”
So I kept going, peering over the steering like a marabou stork. I managed to avoid scraping the wall but then I looked through the rear view mirror and realised that there was less than a centimetre between my back door and the front end of the truck. Reflexively, I jumped on the breaks stopping the car with a jolt.
“Wee, soldier, sita gusa? I asked again.
“Kuja tu, madam. Uko sawa kabisa,” he said.
I don’t know what makes drivers trust the direction of over-confident watchmen but whatever it is, it got me again. I turned my wheels away from the wall and moved forward. The next thing I heard was that familiar sound of metal grinding on metal. I closed my eyes and took yet another deep breath.
“Nimegusa?” I asked, in a low tone, hopeful for a miracle.
“Wueh. Haki umegusa, madam.”
My head dropped onto the steering wheel in complete frustration. When I looked up, the ‘soldier’ was standing there chewing on a toothpick, without a care in the world. Mother and child were still in the cabin, as idle as they ever were. And it was 11.00 am. Now, I was late for sure.
The moral of this story? Carry your own cross. Don’t follow the lead of folks who have nothing to lose should things go wrong.
ILLUSTRATION | FREEPIC