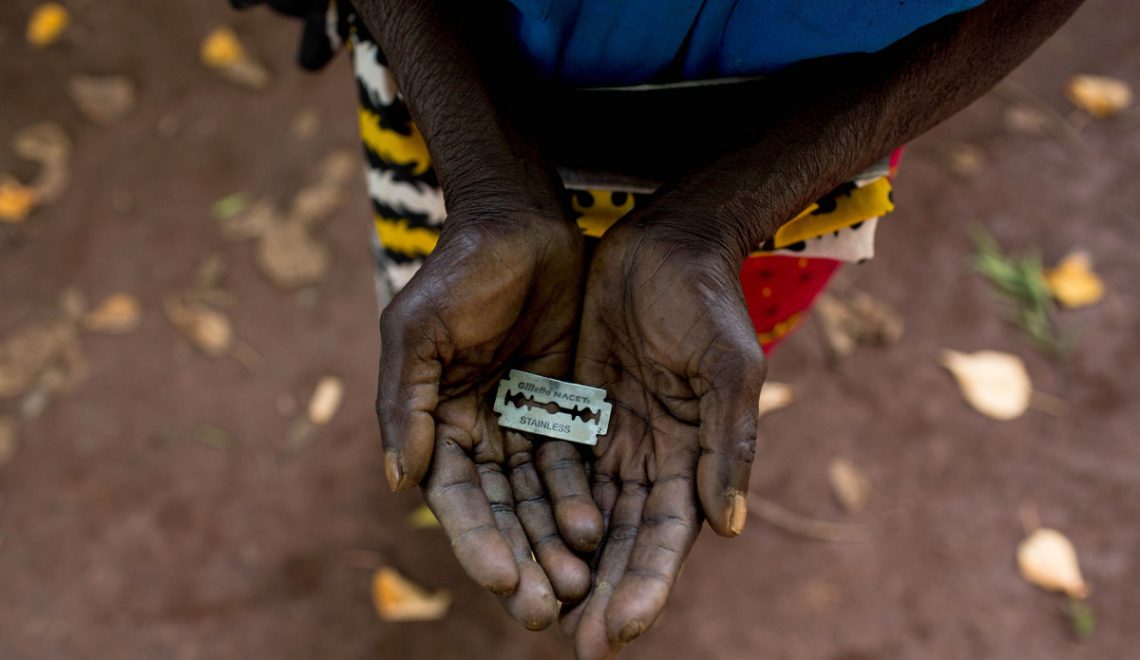 Warning: If you’re squeamish, conservative or non-progressive, look away now because this is going to be a discussion about the female anatomy; specifically, her genitalia. See, Dr (Ms) Tatu Kamau has petitioned a Machakos court to legalise female genital mutilation (FGM). She’s arguing that women should have the right to alter their bodies as they see fit. That FGM is a cultural practice that should be respected rather than criminalised. That even ‘westerners’ do it albeit under the fancier title of ‘female genital surgery’.

Listening to Dr Kamau it would seem like women are lining up to get their vagina’s surgically invaded, which is not the case. Culture demands that girls from certain ethnic communities must have their clitorises and/or labia snipped, and in some cases, their vaginas stitched together. They call it a rite of passage but it is really just a means to control women by removing the bits of their bodies that allow them to take pleasure in sexual acts.

If you look back far enough to the age when many communities in Africa were matrilineal you might find that women were complicit in their own disempowerment. Even in the throes of matriarchy, many women thought the clitoris to be ugly. Some believed that uncircumcised girls were incapable of bearing children.

And of course, then as is now, women were preoccupied with pleasing their men, hence the belief that a tightly sewn up vagina (with a tiny allowance for urine and blood to exit) would be more pleasurable for men during intercourse. The ultimate was that shaving the clitoris or lobbing it off completely, would dampen the desire in women to run around having sex with men who were not their husbands.

This state of affairs was most beneficial to men because women were – and still are – mutilating their own bodies so that men could have a better all-round human experience.

The beliefs that support FGM draw from the desire to situate men in a space where they are not challenged on any level by a woman’s sexuality.

If done with precision, FGM will turn a woman into a sexually desensitised, child-bearing automaton with eyes for no man but her husband – not because she’s faithful but because she can’t feel anything. On top of that, those women who suffer through and then are forced to live with infibulation (the narrowing of the vaginal opening through cutting and stitching) suffer all manner of reproductive health complications.

So while I agree with Dr Kamau that every woman has a right to decide what she does with her own body, I’m yet to meet a woman who would willingly, and with a full understanding of how her sexual organs work, decide to surgically diminish any part of her genitalia. Those women in the West that the good doctor speaks of are going through female genital surgery to enhance their vaginas. For sex to become better – not worse, or completely non-existent. They are also grown women with the legal agency to make these kinds of decisions on their own.

In our cultural context, young girls well below the age of majority are routinely forced to undergo a non-medical procedure that is not only an assault on their body’s but on their dignity and sense of self as well. Their journey to fulsome womanhood is quite literally cut short by older women who do the deed with the spectre of male domination looming over their bloodied hands.

Here’s the thing. Just like abortion, legalising FGM will lift the outlawed practice out of the shadows and make a way for women to have the procedure done in sterile medical environments, should they chose to go that route. But it must be made clear from the outset that mutilating their genitalia, or otherwise altering it, is a decision that only grown women should make on their own terms, and for their own purposes. Should those purposes include pleasing a man, that’s okay too. But this business of cutting young girls up and stitching them back together in unsterile and culturally stifling environments cannot be allowed to continue unfettered. As a moral people, and a country of laws, it is our duty to protect our children from practices that are non-beneficial at best, and in the worst case scenario, unquestionably harmful.

At the end of the day, children are children. It follows that young boys should also be protected from the cut until they are old enough to decide whether they want to be circumcised or not. Luckily for them, this is a procedure that can be performed medically, has health benefits and enhances sexual pleasure. Go figure.